Day in the Life: A Perfect Puppy 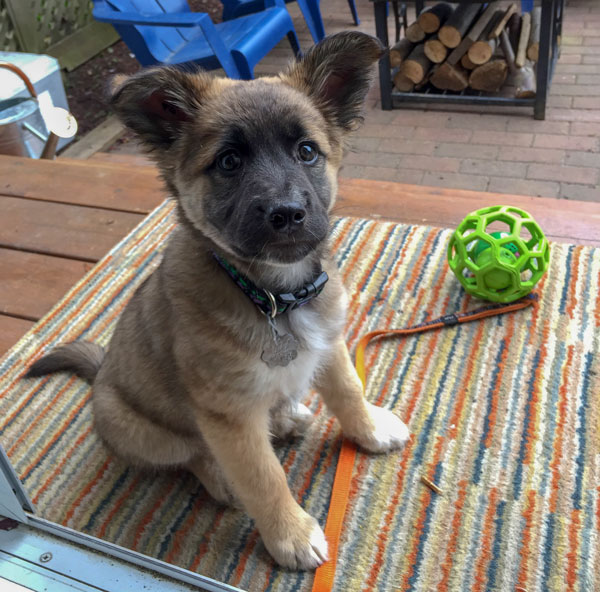 You would love to get a new puppy.  With a demanding and busy life though, will the dog grow up to be well mannered, well socialized, and well trained?  Can you still get your bike ride in? What do you do during the chaotic after-school time? And, most importantly, does that crazy puppy hour really exist? Help!

Maybe you have asked yourself some, or all, of these questions.  Most people do before getting a puppy.  Have no fear as You, too, can be the perfect puppy parent.  To get some ideas, follow along with Petunia the Perfect Puppy (Poodle/Pitbull/Pointer Mix) and her family for a day.  You will learn how to do more than simply survive puppy parenthood.  Petunia and her family will offer examples so you will thrive at being a puppy parent and will raise the (almost) perfect puppy.

Remember: puppies are always learning, it’s just important to ensure they learn desirable behaviour and not undesirable ones.

A day in the life of Petunia the Perfect Puppy

Paul wakes up even before the alarm goes off. His internal body clock knows that it is important to wake up and have a plan for puppy, to ensure the puppy doesn’t make plans of her own!  Quietly, Paul slips on his comfy pants and makes a quick bathroom break of his own before puppy wakes up enough to realize that she needs one as well.

A few minutes later, Petunia is starting to rouse in her crate beside Paul’s now empty bed. She is awaking, but not feeling alone, or needing to eliminate yet. Puppy sees Paul moving around the bedroom and watches with half-awake eyes. Paul walks toward the crate before puppy gets restless or pushed beyond what she can tolerate. As he puts his hands on the latch to the door of the crate, puppy paws at the door. Paul takes his hands off the latch, puppy puts her paws back down, Paul touches the latch again. Puppy hesitates a brief moment. Learning moment! Before puppy paws at the door again, Paul opens the door quickly says “Okay” split seconds before puppy moves to step out. Petunia is scooped up into his arms and carried all the way down the hall, down the stairs and to within a few steps of the back door. Paul slips on his shoes. Puppy gets placed on the floor and together they hurry the few remaining steps towards the door. Within seconds Petunia is out in the yard and peeing. Ta da! Housetraining off to a good start. Puppy moved towards the back door on her own – even if it was just a few steps! No treat needed. Waiting for the poop takes a bit longer and pup gets easily distracted by blowing leaves. Paul stays still. The yard is fenced. Before too long pup poops as well, owner follows with a bonus treat and both happily dash to the back door.

Back indoors they go, and straight to the mudroom. Paul hides a few kibbles under a crumpled towel on the floor so puppy can keep busy “digging” while he heads to the storage closer where the dog food is kept. Paul measures out the day’s food rations and a small handful goes into his training pouch for “breakfast training”. The remaining food gets set aside for other meals, training and enrichment activities throughout the day. The food bowl won’t be used often! No use giving away 200 or so little crunchy morsels that could be used as “pay” to reinforce good behaviour, whether everyday good manners or specific training exercises.

Petunia’s early morning training session is just one of a dozen or so short training sessions throughout the day. Sometimes such sessions may occur in the mud room, the kitchen or the living room, out on the deck, or sometimes on the driveway. This morning Paul engages Petunia in a few foundation training games; alternating between eye contact, sit to say please, zen, puppy push-ups and come. Petunia is motivated to learn because Paul provides a variety of rewards depending on what is meaningful for her in the moment ie: food, toy, petting, praise, or social engagement. Training is fun! Petunia looks forward to every training opportunity and is keen to figure out how a world with humans works in her favour!

Now it is time for the children to wake up. Decision making time. What is pup able to handle and what needs management? When her owners can’t focus on her learning (such as when the kids are running around gathering last minute items before school) they keep her in a puppy proof area where she can be a puppy and not get into trouble, inadvertently learning the wrong things! Every moment is a learning moment! Paul ensures that the gate is up to the bedroom hallway. Get the stuffed breakfast “Kong” out of the freezer for when morning chaos will be too much for puppy.

And then there is the cat which always seems to appear at the most inopportune times! When cat is calm or out of reach, Petunia doesn’t seem to care too much about the cat’s existence. The moments when puppy is zoomy and cat is conflicted can be tricky. This is a good time to attach a house line to pup’s harness to prevent successful chases. Keeping puppy interested in a game of “find it” will prevent gambling that a game of chase the cat might pay off. Prevention is key. Don’t let the pup ever find out that cats can run, whether it’s your own cat or an unfamiliar cat outside. After a few weeks, the cat won’t be scared of your puppy anymore. Cat doesn’t run. Puppy doesn’t chase. Simple.

Petunia needs one more bathroom break but Paul is too preoccupied packing lunches to keep a close eye on her and watch for signs that she needs to go out. He takes her out proactively while the children are eating breakfast so that there are no housetraining accidents. Other times of day he watches her very closely and when pup loses interest in what she is doing and starts sniffing around, he encourages her to move with him towards the back door on her own four legs while he chants “gotta go out and do yer biz?”

The children are almost ready for school. There was time allotted in their morning routine for one short training session with puppy. Both children have started different levels of training games and puppy is making good progress with stay on mat, wait, touch the bell (to be used in housetraining later) and retrieve. Today Petunia progressed to staying down for 7 seconds on the mat. She also was getting more eager to reach towards the bell when held in different positions. Keeping a high success rate and keeping Petunia motivated was working!

Now it is time to take the kids to school. When Petunia goes on outings in the car, she rides along in the crate in the back seat. She has companionship of the children and she has a chew stick to keep her occupied. During her first week with her new family, when they got to school she was carried in Paul’s arms to ensure that she felt safe in her new world. This week Petunia alternated between being in Paul’s arms and being on the ground at the edge of the school yard, away from the busiest crowds of children (and other dogs and adults and scooters and…) Paul had a light leash attached to Petunia’s harness and together they explored the quiet area at the side of the school. Sometimes he followed her on a loose leash as she explored. Sometimes he encouraged her to follow him, never pulling her leash, playing with twigs, praising and petting. When Petunia noticed things in the environment, Paul gave her food rewards, praised and played with her. He was sure to not let her have any bad experiences and kept an eye out for anything that may potentially frighten her. Having many, positive experiences is key to a well socialized puppy! Petunia’s socialization is definitely off to a good start!

They made their way back to the car where Petunia looked eager to be picked up. Paul gently lifted her back into her travel crate and gave her one more treat. Her chew stick was still in the crate just in case. Petunia seemed content so Paul decided he could stop and get gas and quickly run in for milk as well. Success! No vocalizations of displeasure!

They arrived home. Petunia had just fallen asleep, but woke up when they rolled in the driveway. Here was another chance for Paul to reinforce polite door manners; for the crate door this time. Petunia was calm when Paul put his hand on the crate latch. She even seemed to hesitate long enough for Paul to reward her by saying the release cue “okay” after which she decidedly stepped out. He clipped the leash on again, and lowered the tired puppy to the ground. Petunia was easily encouraged to do a pee on the gravel beside the driveway before heading back into the house. Learning to eliminate on different surfaces was something on their checklist so that family travel trips would be easy in the future! Petunia was persuaded to sit at the entrance door to the house as well. Puppies are like little learning sponges! Petunia was already learning to generalize door manners to different doors and locations!

Once back in the house Petunia was not quite ready to settle down. She was an overstimulated, tired, crazy puppy. She was too zoomy to be loose in the house but not quite ready to settle down for her morning nap either. Paul lured her into the puppy ex-pen where she had a variety of toys to play with. Paul stayed close by and went about his chores. Petunia batted around a few toys, shredding a cardboard box and spun in circles. She tried to bark for attention but Paul didn’t even flinch so she went back to her toys and then her chew stick. Then she chewed some more. The chewing become relaxing and her eyes started to get heavy. Into her crate she waddled. She plonked down and fell asleep almost instantly.

How did Petunia do while left alone?
How did Paul manage the rest of the day when he had to work and before Pauline came home?
How did Pauline manage the after-school mayhem, bedtime and puppy acid hour?

To be continued … stay tuned for the next edition….! 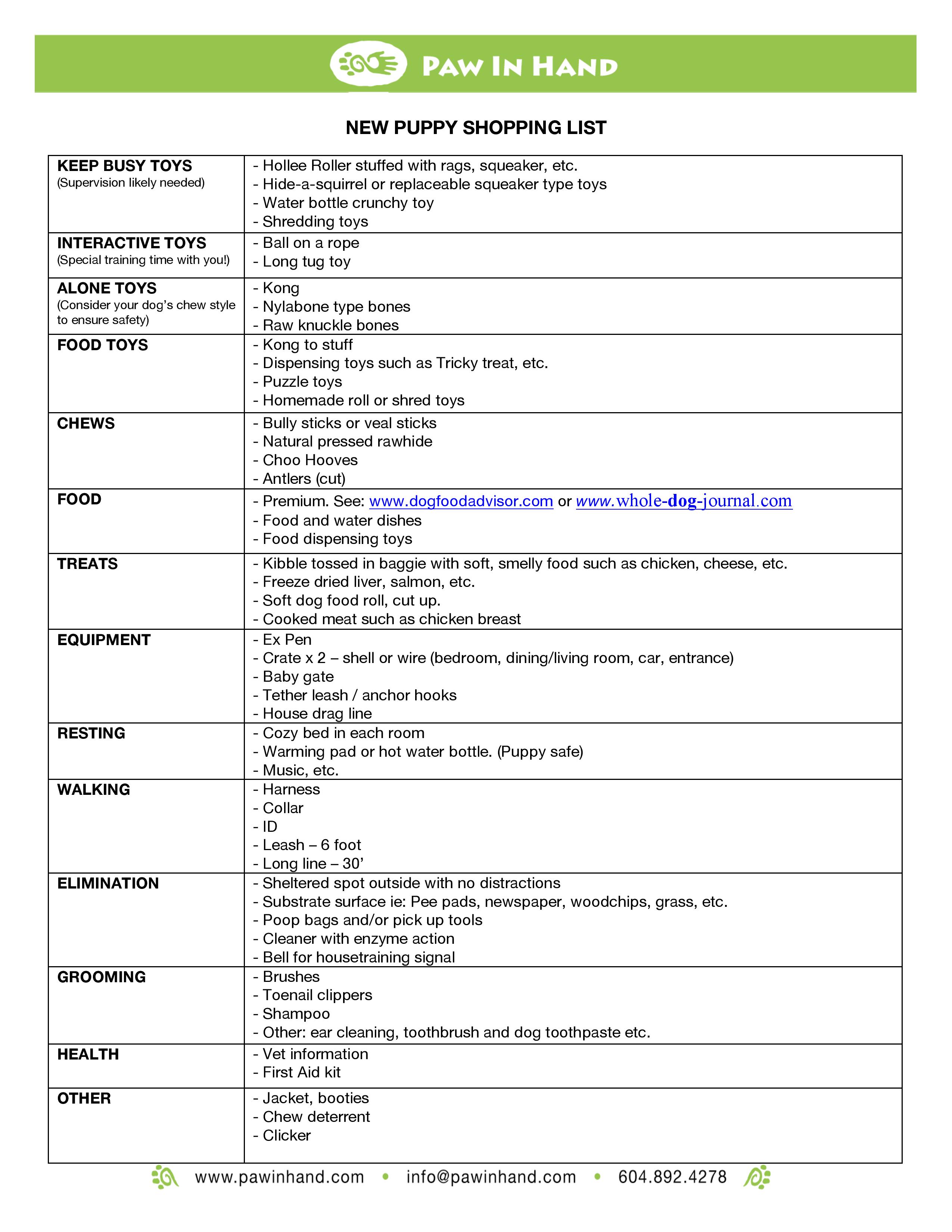